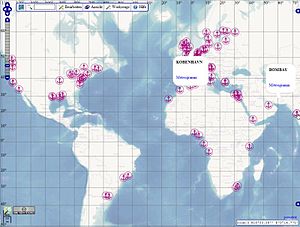 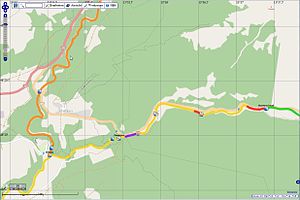 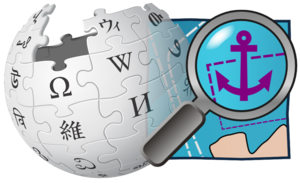 The project "Watersport-Wiki" shall provide semantic information for sailors, divers, canoeists and other water sports enthusiasts and link them directly to the geodata on the map.

Since 2010, ports, marinas and anchorages in the Port Layer are displayed as magenta icons

shown on the map. The data come from different and inconsistent sources (SG, WPI, OSM) with different class structures. A popup shows the name and, where available, a link to SkipperGuide, our Wiki Harbour Guide. difficulties with SkipperGuide: missing internationalization, data cannot be edited on OpenSeaMap, synchronization is problematic.

Since 2011, 1.7 million Wikipedia articles are linked directly on the map, optionally also as a picture gallery. 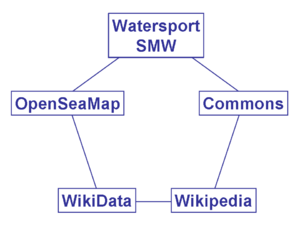 To avoid reinventing the wheel, we use the experience of the WikiMedia-Foundation. As with Wikipedia and the Harbour Handbook, the objects are described in a Wiki, with continuous text, images and data. For each language we use a MediaWiki. The images are stored in Wikimedia-Commons, and from there they are directly integrated into the Wiki. Data (place names, number of berths, contact data, website, technical data, etc) will be included in Wikidata (WD). From there, the data can be integrated directly into the Wiki in a uniform manner across languages.

Images can be integrated directly from Commons.

Wikipedia articles can be integrated directly from Wikipedia or Wikidata.

As required for an international project, it should be possible to take all languages into account. We start with German and English. Follow-ups should be French, Spanish, Portuguese, Italian, Russian, etc., as required. Any other languages are possible. Each language is represented in its own Wiki. This allows the authors to write the content for the articles in their own language freely and independently of the other languages. Nevertheless, the data is consistent across languages, as it can be centrally integrated from Wikidata.

Place names on the chart 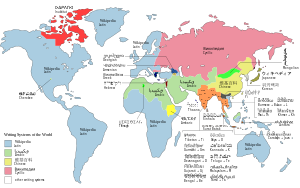 So we need a chart with duplicate place names for each of the major writing systems (Latin, Chinese, Cyrillic, Arabic):

Names of countries and cities are always written as Endonym, i.e. the way the country is called by the inhabitants of the country they refer to.
Transcription is the correct 'onomatopoeic translation of place names (or general terms) from one language to another.

The central medium is the 'online map of OpenSeaMap. On the corresponding layers, currently Harbour Layer and Sport Layer, all relevant objects appear as clickable icons:

When clicked, a Popup opens with:

The wiki page is edited with a special Wiki Editor directly from the sport layer. The editor is directly linked in the object popup. The wiki editor is similar to the well-known MediaWiki editor, but is more user-friendly (Wysiwyg) and performs various data checks in OSM and Wikidata.

1.9.2012
Lecture about water sports Wiki at the WikiCon
followed by a meeting with project management Wikidata and SemanticMediawiki specialists
17.8.2012
Presentation of the project at the developer meeting

Olaf and Mario work at the Hafen-DB

So far
since spring 2012 discussions with the University of Karlsruhe, SMW specialists and Wikidata
since 2011 several attempts to merge the Hafen-DB
since 2010 attempt to edit the ports on the map and synchronize the data with SG

Sport layers and Port layers show POIs as icons, river routes as lines and areas as surfaces.
Above this is a transparent layer that provides the click function.
(currently the icons are directly clickable, lines and areas do not work yet)

The OpenSeaMap-dev:Harbour-DB currently consists of 3 tables, and OSM has another one.
The tables are currently being consolidated, OSM data is to be incorporated.
This data can then be transferred to Wikidata.

A single login would be ideal for:

Maybe by MW-DE? or Manuel?

The well-known MediaWiki Editor, supplemented by special Wikidata functions, serves as the Wiki Editor in the first stage of expansion.

In the medium term, various data checks for OSM and Wikidata will be added based on this.

Depending on the meaning of the objects, they appear at different zoom levels:

Further "port ideas" can be found in the OSM-Wiki [2]

For divers, we need more data...

For canoeists we need more data...