First results with an RMS error < 1,5 meter compared to an official dataset of the Bundesamt für Seeschifffahrt und Hydrographie (BSH) [1]. 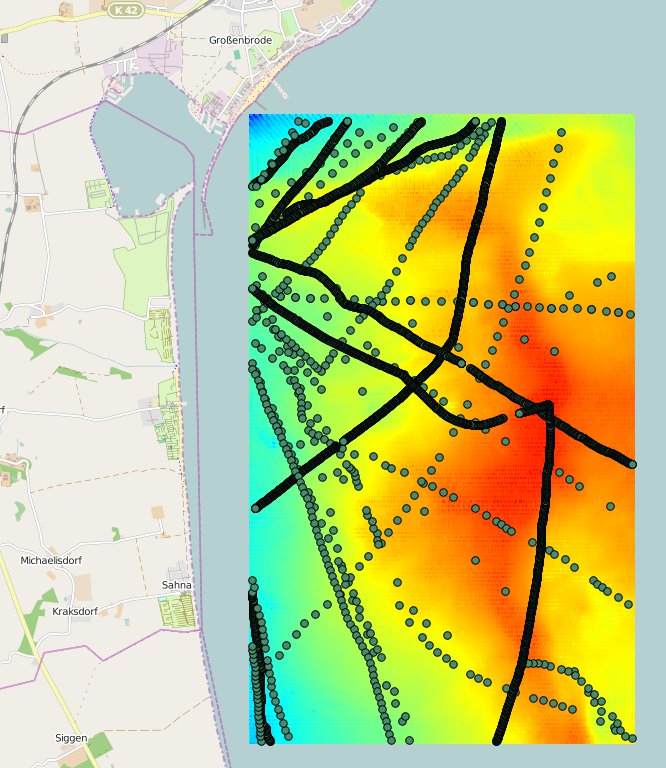 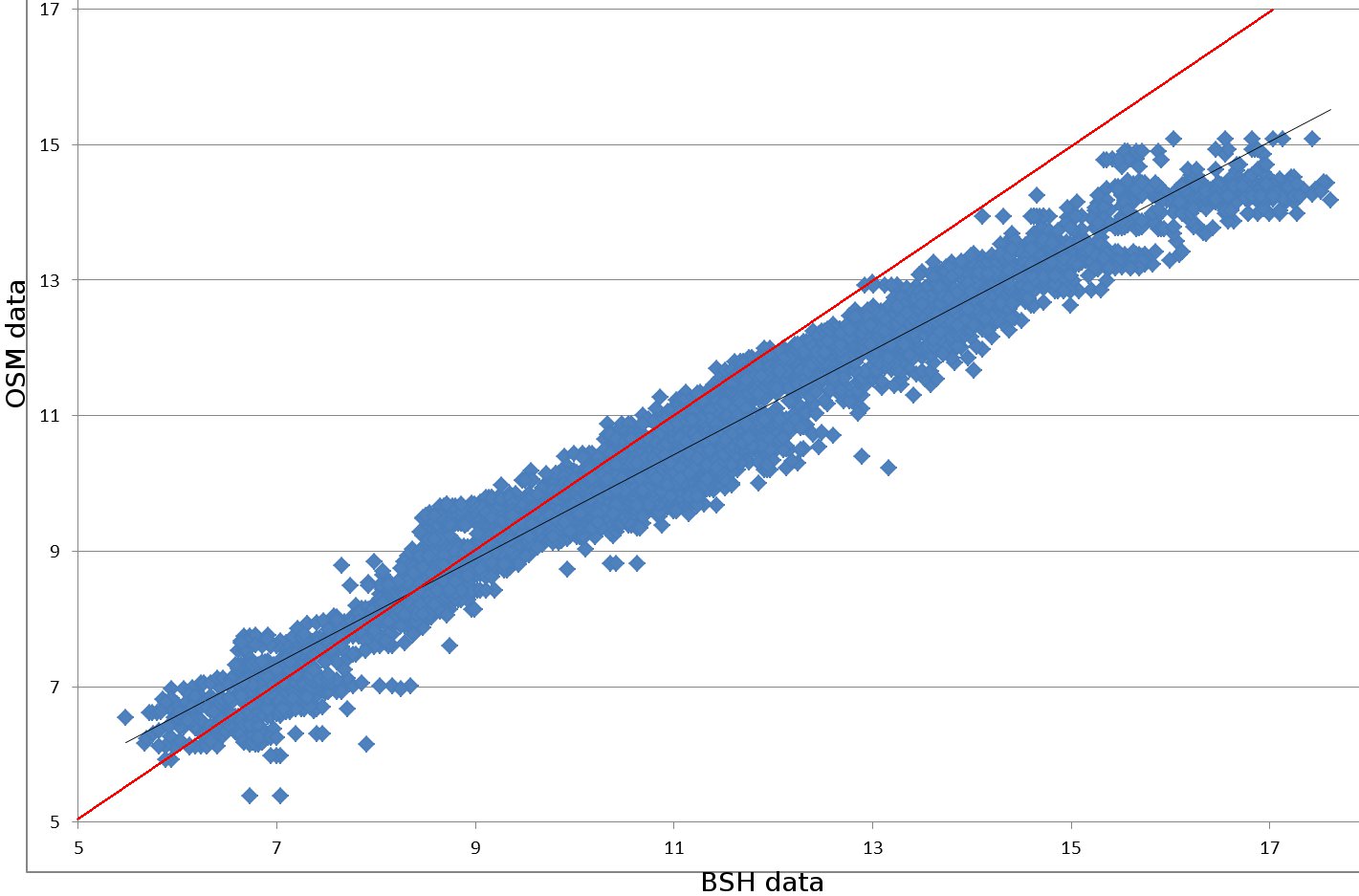 [Picture 2] Scatter plot: BSH data on the x-axis and the crowed sourced data on the y-axis. Trend line in black and optimal line in red.

The deviation from the reference dataset increases with the depth measured.

As you see in the picture below the difference between the datasets has an regular pattern maybe deepending on waves.

Download of the data http://osm.franken.de/data/baltic_sea_test_data.zip Be aware of the copyright from the Bundesamt für Seeschifffahrt und Hydrographie (BSH) [2]. The data in the dataset is not corrected by sensor offset.

In this test area we have tracks from two different vessel configurations. The fist one was the one from the test area Großenbrode (config ID 68).

In the Table below the settings for die vesselconfigid 110 are shown: 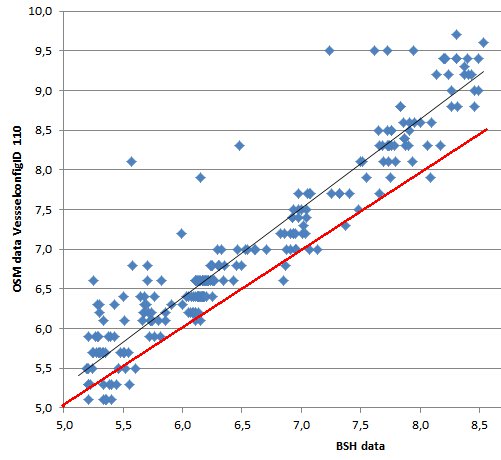 [Picture 1] Scatterplot for vesselconfigID 110. Trendline in Black and optimal line in red (after correction of the sensor offset to waterline).

The distribution is quite different from the data recorded in the test area Großenbrode with an different sensor.

Fortunately we have also data from the VesselConfigId 68 in this test area to compare the measurements. 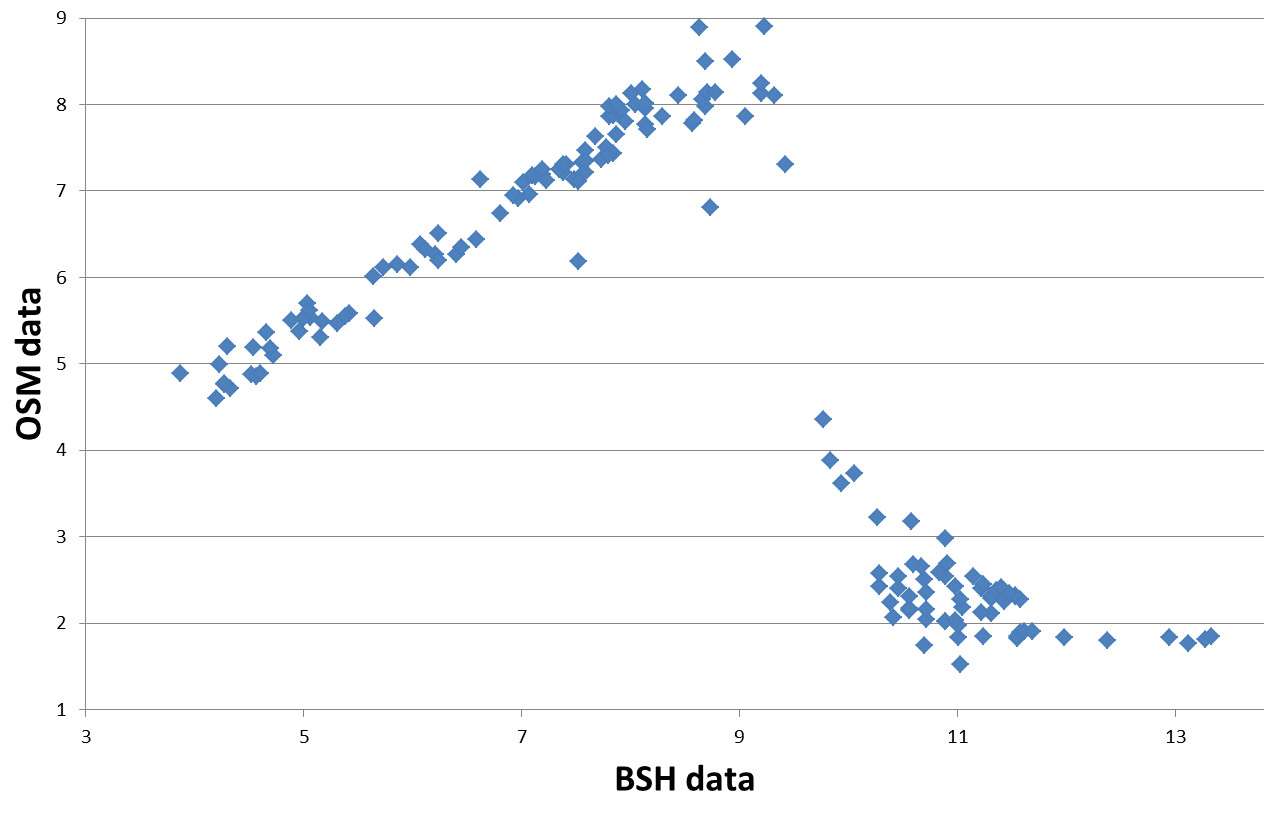 [Picture 2] Scatterplot for vesselconfigID 68 after correction of the sensor offset to waterline.

Obviously there are some outliers which are shown in picture 3. 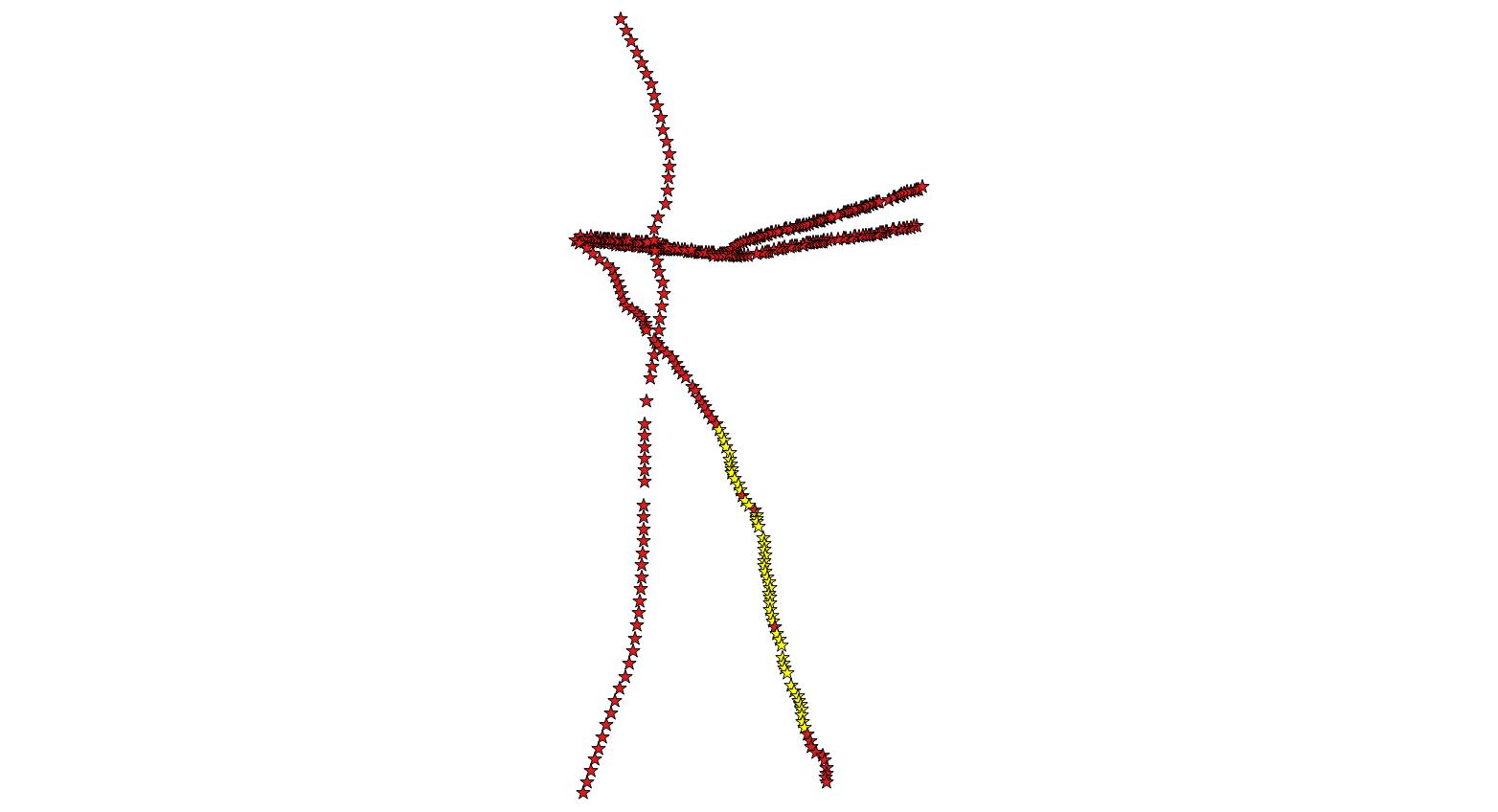 Without the outliers the behavier of distribution is very same the results in the test area Großenbrode. 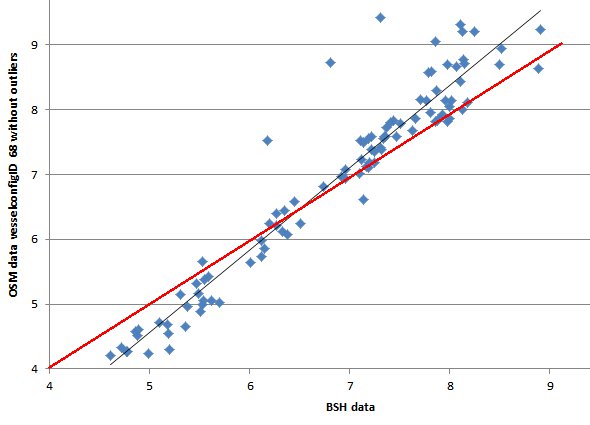 [Picture 1] Scatterplot for vesselconfigID 68 without outliers. Trendline in Black and optimal line in red (after correction of the sensor offset to waterline).

1. The distribution of the data derived from the measurements depends on the sensor. The realationships are almost linear and could be corrected if the sensor is known. Therefore the fill out in the form of the Web Frontend should be obligatory.

2. The sensor offset to the waterline is very easy to correct and should be obligatory in the fill out in the form.

3. There are outliers which should be investigated. Perhaps this data could be corrected or identified with the data from the uploaded tracks (speed, etc.).

Statistics for the metadata entrees with some personal comments (by MartinOver). Stand 20.9.2014. 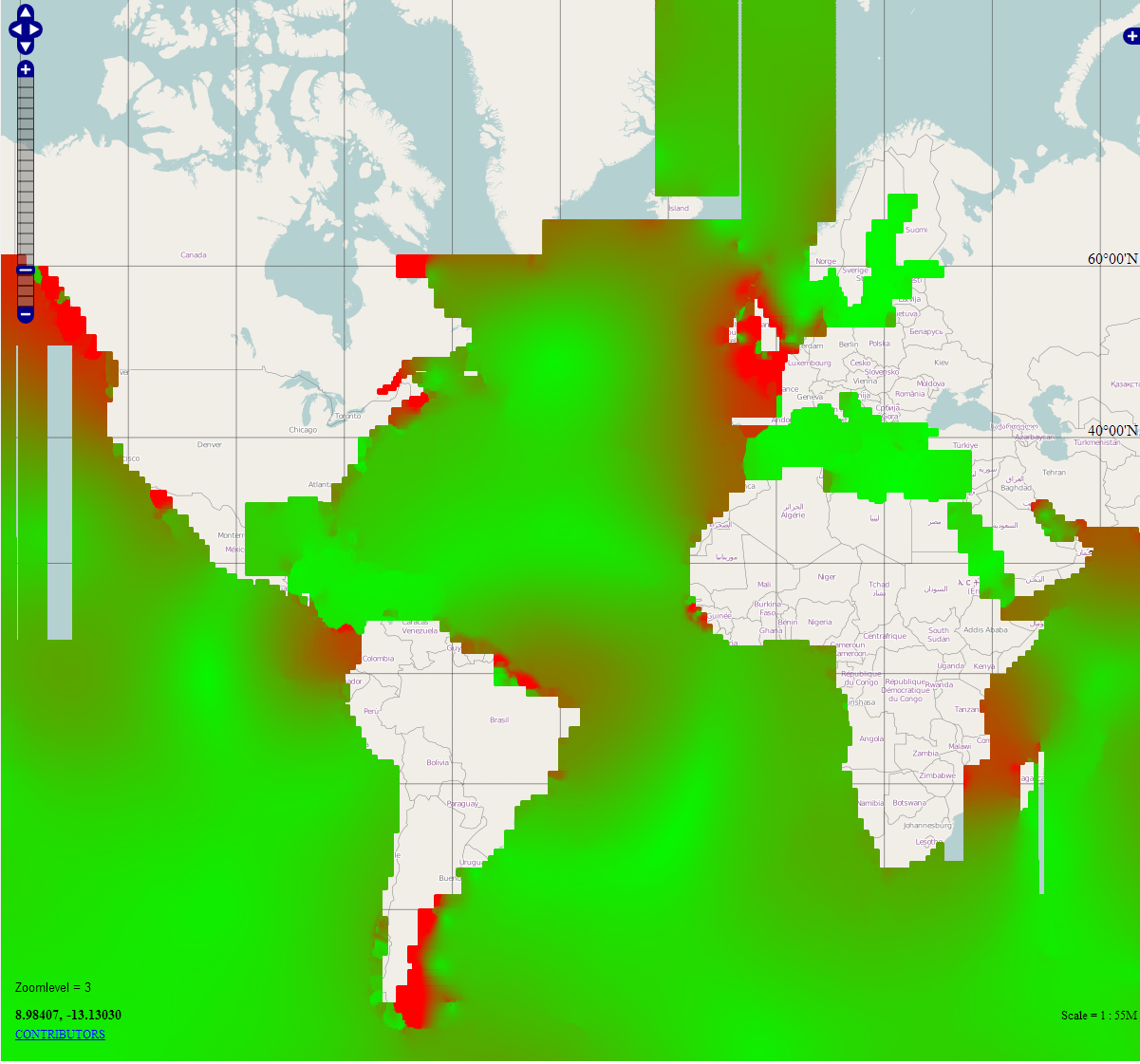