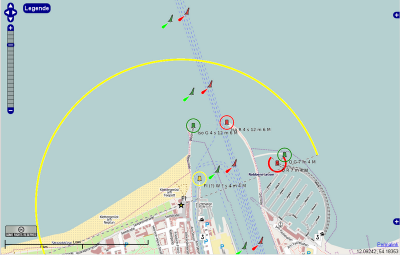 OpenSeaMap is a worldwide open source project for creation of a free nautical database.